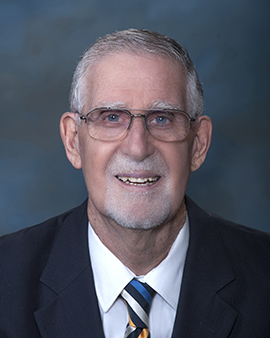 Working across cultures has been a theme in Peter’s life, even in high school, when he was an exchange student in the Netherlands, later joining Citibank’ s European Division as a trainee, marrying a Jewish lady from Argentina, helping recovery in a Black community after a riot in Miami, and co-founding a micro-enterprise lending organization based on principles of the Grameen Bank in Bangladesh.

Upon graduating from high school, Peter joined the religious order that taught at the school. The order was founded at the time of the French Revolution based on principles of equality and fraternity. As a religious Brother, he got involved with inter-faith work, co-producing a weekly television program, called All of One Household, and attending religious services across all faiths.

As a banker, he always has liked to work on innovative lending, specializing in SBA lending, and community development lending. The awards he has received as a banker reflect his passions, including being the European Division of Citibank’s Trainee of the Year, the SBA’s Small Business Advocate of the Year for Southeastern United States, Miami-Dade County Empowerment Trust President’s Award for co-founding the Bankers Empowerment Partnership, which met a goal of lending $390,000,000 in the County’s Empowerment Zone over a four-year period, and Miami-Dade Tools for Change’s Black Economic Development Hall of Fame.

Twenty-five years after leaving Citibank, he returned to what became Citi Community Capital where he won a Citi-Star Award as one of the top two community development lenders in the country one year, then hired a senior lender, who became a Citi-Star the following year.

Finally, he has periodically taught Analyzing Financial Statements as an Adjunct Professor at Miami-Dade College’s Center for Financial Training, always loving to pass on the trade, whether through teaching or supervising young bankers.