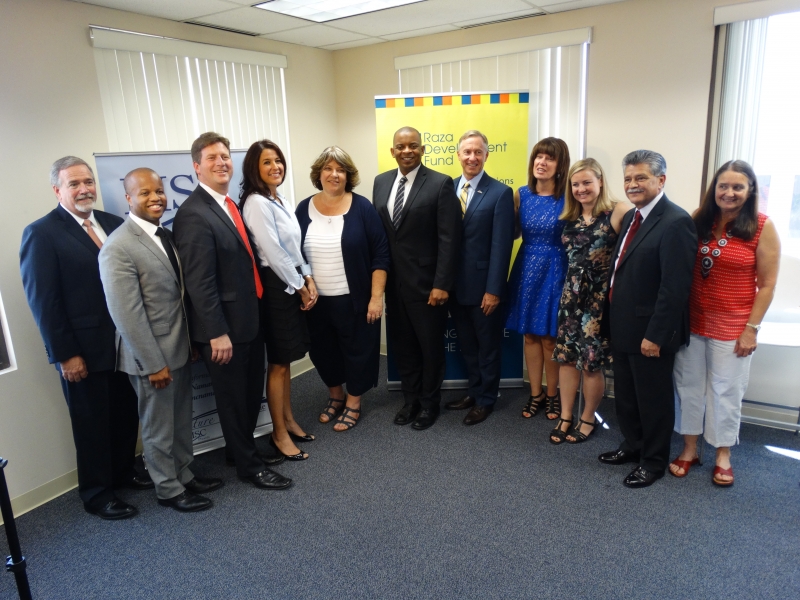 PHOENIX (August 21, 2015)— Just days before the opening of the Central Mesa extension of the light rail, two local nonprofits have announced $30 million in funding to attract new housing and businesses to low-income communities along key transit corridors.

LISC and RDF drive programs to help revitalize disadvantaged communities. Both have a decades-long focus that has poured tens of millions of dollars into the Phoenix area.

“The transit-oriented development program shows that Phoenix has a tremendous strategy to ensure that the benefits of investing in transit reach every neighborhood,” said U.S. Transportation Secretary Anthony Foxx. “I encourage Phoenix to boldly pursue transit projects that are important to its future and that will pay them back in economic and social capital for many years to come.”

The LISC/RDF commitment expands on the partners’ 2011 Sustainable Communities TOD fund, which provided $20 million in seed money for local projects in areas often overlooked as too poor or too risky for private investment. That fund helped build nearly 1,800 units of housing and 200,000 square feet of commercial and community space.

“To date light rail has attracted more than $8.2 billion in economic development along its 20-mile corridor,” said Phoenix Mayor Greg Stanton. “With LISC and Raza teaming up to more than double the size of their transit-oriented development fund to help build sustainable housing and businesses, we know for certain that this already substantial economic impact will continue to grow.”

Terry Benelli, LISC Phoenix executive director, said that TOD investments are particularly valuable for distressed neighborhoods that struggle to attract capital. “We want to make sure lower income areas can take advantage of TOD gains, just as more affluent communities do,” she said. “The combined $30 million from LISC and RDF will encourage development in areas that might otherwise be overlooked.”

“As I reflect on RDF’s initial investment in the Sustainable Communities Fund, I am reminded that the country and our Valley of the Sun were in the middle of the 2008 financial meltdown; yet the Fund defied the odds and has been an extraordinary success!

We are pleased to announce this new pledge of $15 million dollars, that will allow us to continue financing health centers and affordable housing that meet the needs of families. ” said Tommy Espinoza, president & CEO, Raza Development Fund.

Nationally, LISC has invested $355 million in TOD efforts—including $90 million in Phoenix—which has helped fuel $1.9 billion in housing and business developments that are helping raise standards of living for low-income people and places. The new $30 million for the Phoenix area is especially valuable because it provides predevelopment money to get projects moving, well before the first brick is laid.